These New Detroit Lions Are Cute 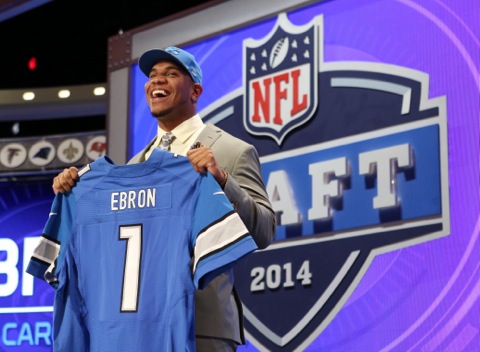 As you are probably faintly aware, the city of Detroit has a football team. They’re called the Detroit Lions. Like the rest of the teams in the NFL, they were allowed to draft some guys from the college ranks this past May. One of those guys was tight end Eric Ebron.

Unfortunately, he’s completely unaware of what being a Detroit Lion means.

It means losing and lots of it.

Like every group of rookies selected to attend the league’s rookie symposium, the Lions’ rookies got to tour the Pro Football Hall of Fame. Presumably, they learned who Alex Karras and Dick Night Train Lane — probably the only good Lions not named Barry Sanders — were while they were there.

They also got to see the Vince Lombardi Trophy — the one that will be awarded to the Packers when they win the Super Bowl following this season. And while other rookies were snapping pictures with the trophy, the Lions’ rookies refused.

Considering the Detroit Lions have never won a Super Bowl and probably never will, there’s nothing to jinx. The jinx has been in since before your time, son.

You play for the Lions. That’s the closest you’re ever going to get to the Lombardi Trophy. You should have taken advantage of the opportunity.