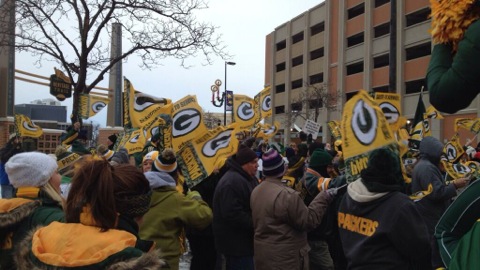 That annual Forbes list of the 50 most valuable sports franchises came out today and the Green Bay Packers check in at No. 24.

They’ve actually slipped in the rankings. The Packers were No. 18 last year. Despite that, their overall value increased a little bit, from $1.161 billion to $1.183 billion.

The Chicago Bears were the only NFC North team to check in ahead of the Packers. They came in at No. 18. The Vikings are 34th and the Lions are 44th.

As you would probably expect, the top 10 is littered with soccer and NFL clubs. And the Yankees and Dodgers, of course.

The interesting thing about these valuations is that the Packers even make the top 50 at all. And they do it year after year.

The Packers are at a considerable disadvantage when it comes to making money because they play in, by far, the smallest market in professional sports.

Somehow, the fervor and loyalty — not to mention a fan base that defies boundaries — always makes up for that.