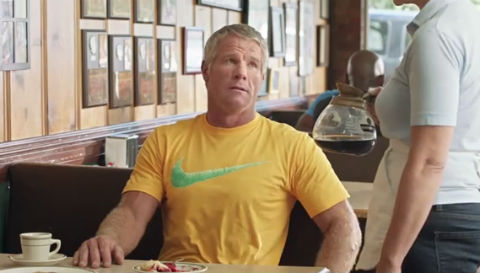 Brett Favre will not have his jersey retired by the Green Bay Packers this year and the main reason for that appears to be because the organization is afraid some people will boo him. Former teammate Mark Chmura also suggested Favre didn”t return for a game last season because he was afraid of being booed.

Not so, says Lord Favre!

“I”ve heard that was a concern of mine, and I”m here to tell you I”m not,” Favre said. “I”m not worried about that. I”m well aware that you can”t please everyone. Not everyone”s going to like you regardless and you know what, so be it? But I think the 16 years that I had in Green Bay speaks for itself.

“Yeah, you”re right, I have played with other teams, but I will be remembered as a Packer. I feel that. I think the true Packer backers, which there are オンライン ブラックジャック tons out there, feel the same way. I”m not the first player to play for other teams or rivals.”

And there it is.

You”re not a true Packers fan if you do not accept Brett Favre back into the fold and completely forget that whole bit of chicanery with the Vikings. Lord Favre said so! So let it be truth!

If you don”t love Brett Favre, you”re not American!

Anyway, Favre went on to talk about how he”ll always be a Packer and blah, blah, blah. But do you really believe he really isn”t concerned about being booed? We don”t.

His ego wouldn”t allow that.