Aaron Rodgers is Not a Top 10 Player 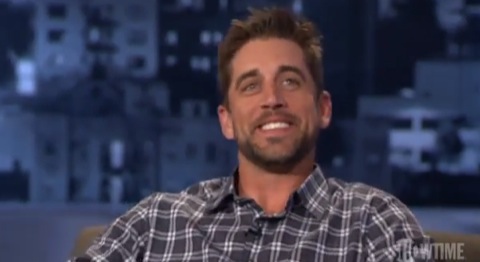 OUTRAGE! That’s what you’re feeling right now. Green Bay Packers quarterback Aaron Rodgers has been voted the 11th-best player in the NFL in the NFL Network’s Top 100 Players of 2014.

Let’s say that again. Aaron Rodgers is the 11th-best player in the NFL.

Yeah, even a shitbag Minnesota Vikings fan is aware that there’s something not quite right there.

So who are these geniuses that compile this list, you ask? Well, it’s voted on by NFL players, of course!

Based on these results, I think we can surmise that the overall intelligence level in the NFL is eroding. Must be an overabundance of Ohio State guys.

I mean, you’d have to think that if NBA players were asked who the best player in their league was, they’d put LeBron James on top of that list. Maybe Rodgers isn’t as clear cut of a No. 1 as LeBron in the NBA, but he’s easily higher than 11th.

In fact, you’d think anyone who possesses things such as reason or common sense would say he’s top three.

And yet that was not the case. So now we know.

This is the very reason we pay zero attention to this list every summer. It’s always littered with idiotic rankings — some guys much higher than they should be and some much lower.

This has to be the most egregious slight yet, however. So we thought we’d point out.

And now we’ll go right back to not caring at all.