There isn’t much around Green Bay that says welcome to Titletown, at least that I can recall. Maybe a sign here and there.

But really nothing that says, hey, fuck you rest of the world, this is Titletown. Home of the Green Bay Packers.

They had a painter turn that into a Donald Driver statue last summer.

We’re not sure how the smoke stack incorporates itself into Titletown Brewing. The business is located inside of an old railroad station along the river.

Maybe someone who lives in Green Bay could clue the rest of us in? 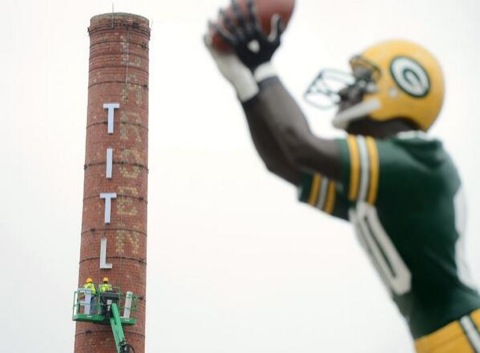 Aaron Rodgers at Deliver Us From Evil with Olivia Munn

Aaron Rodgers at Deliver Us From Evil with Olivia Munn