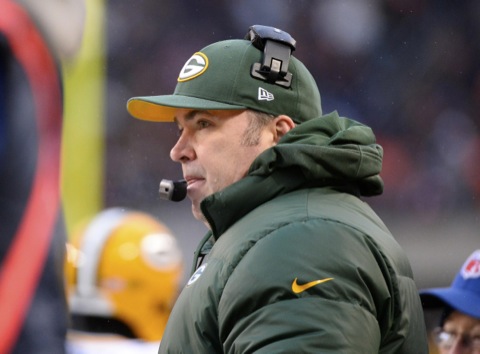 Even though the rest of us pretty much have, Green Bay Packers coach Mike McCarthy says he hasn’t closed the door on the return of the team’s remaining unsigned free agents.

Those guys would be tight end Jermichael Finley and defensive tackles Johnny Jolly and Ryan Pickett.

Yes, all of them.

“No doors are closed yet, and we’ll see what happens,” McCarthy said on The Bill Michaels Show on Friday. “It’s always something that I think you have to be realistic about in the National Football League. I would love to work with all three of those guys again.”

We’re sure McCarthy would love to work with all three guys again, but that doesn’t mean it’s going to happen, barring something unforeseen.

The Packers seem content with their defensive linemen at this point. They’ve clearly decided to go with youth along that front and will hope that guys like Datone Jones, Jerel Worthy and Josh Boyd can step up. They’re also banking on B.J. Raji returning to form and Mike Daniels continuing to improve.

Now, if that plan doesn’t work out or one or two of those guys gets hurt, then we could envision the Packers calling Jolly or Pickett. However, at this point, someone in the organization has obviously closed the door on both of those guys. Finley still has a locker in the Packers locker room, but Jolly’s and Pickett’s have been given to other players.

That’s a sure sign that they’re done in Green Bay.

Finley, on the other hand, seems to be in limbo. He’s received medical clearance to play by the doctor that performed spinal fusion surgery on him, but no team including the Packers has made an offer.

Meanwhile, the Packers have plenty of tight ends — five guys who have a realistic shot of making the roster this year. That probably puts Finley in the same position as Jolly and Pickett, locker or no.