Despite the headliners changing, the game has remained relatively the same. Offense versus defense and a bunch of clowning around.

From what we can gather, the offense beat the defense handily. The place was also packed — 7,344 were there. So Jordy’s rant about the turds scalping their tickets didn’t really matter attendance-wise.

Here’s what we’ve been able to gather up.

Here’s fatass B.J. Raji, who was sitting around in the dugout until the third inning. Then, apparently, the fans started to cheer for him. He went in to hit and promptly struck out. Who strikes out in slow-pitch softball? 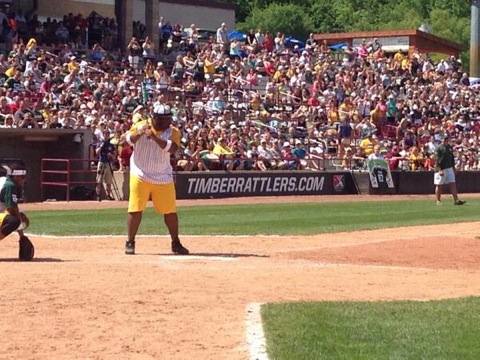 He’s Jordy signing some autographs for some young fans. Those girls might be legal in Kansas Jordy, but they are not in Wisconsin. Ask Chmura. 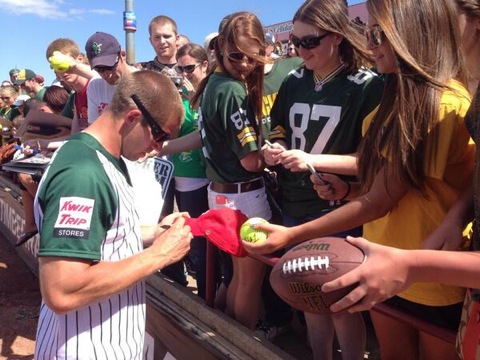 Is that my boy Tommy Gimler? No. It’s backup quarterback Scott Tolzien. He won the home run derby. We’re guessing that’s because ARod was too busy sucking face with his lady to participate. 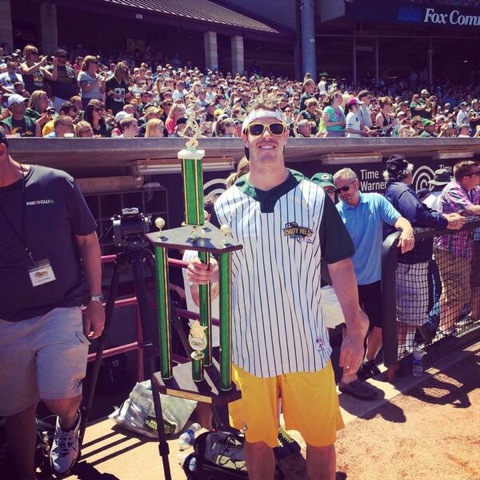 Here’s Jordy after he got nailed with either a pie or, more likely, a bunch of shaving cream by Randall Cobb. This must have been some sort of message to the Packers, since neither guy has a contract after this season. You know, kind of like the severed horse head Favre put in Ted’s bed that one time. 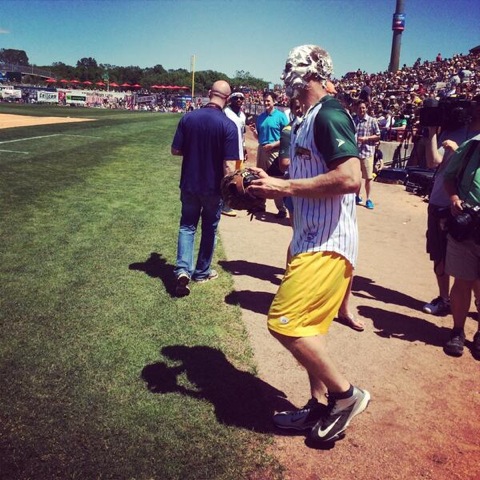