Most people probably don’t remember this, but the Leos were 6-3 after beating the Bears in Chicago in week 10 and looked like they were going to run away with the NFC North. They were 7-5 after throttling the Packers on Thanksgiving. But these are the Lions we’re talking about. And what did they do? In true Detroit Lions fashion, they crapped the bed and lost their last four games. 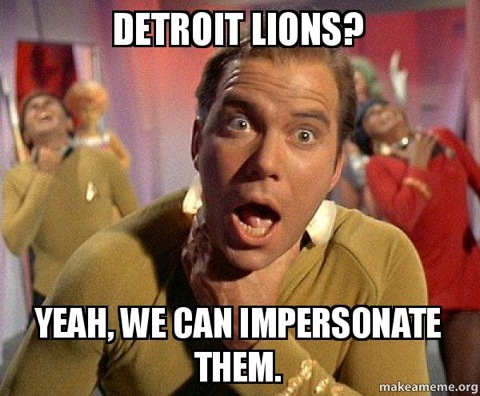 Coach: His name is Jim Caldwell. He leads the league in blandness. He also wears this same bewildered expression all of the time. 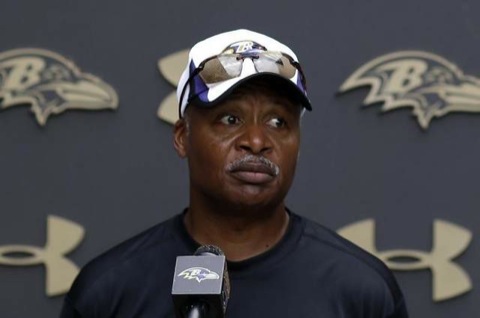 The Leos needed to do something though. They let Jim Schwartz be their coach for five seasons. He had one playoff appearance in those five seasons, while installing his patented system of thuggery and criminal behavior. Seriously, under Schwartz, the Lions actually started to give the Vikings a run for their money for the offseason arrests title. So where Schwartz failed in winning football games, he made up for in total lack of accountability.

Enter Caldwell, who is pretty much the exact opposite of Schwartz. Well, except for the not winning part. Caldwell’s record as a college coach was 26-63. His record as coach of the Indianapolis Colts was 26-22. While that looks okay, Caldwell had Peyton Manning for two of those seasons and went 24-8. The one season he didn’t have Manning, he went 2-14.

He does not have Peyton Manning this year.

Draw your own conclusions, but we’re pretty sure this guy is the perfect coach for the Lions.

On a side note, he was born in Beloit, Wisconsin. Does that mean we should root for him?

Butterball consistently leads the league in face fat, keg stands done and throwing into triple coverage. He has also become the role model for backwards ballcap wearing bros everywhere, taking that coveted title from Tony Romo. Because when you wear a ballcap, the only way to wear it is backwards! Bro!

Broness aside, Butterball totally has two things going for him. He’s got that huge arm and he’s got that Calvin Johnson. The former makes it possible to force balls in to the latter, even when triple covered, that sometimes connect.

And sometimes are the best odds you’re going to get if you’re a Detroit Lion.

I mean, never mind that there are other guys to throw the football to. Calvin Johnson might probably make this catch… maybe. Force it! 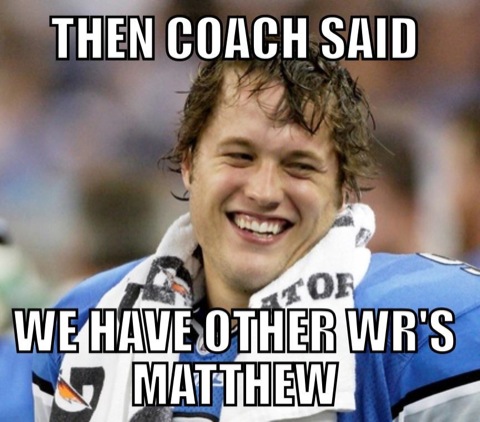 Yeah, the Lions have won four NFL championships. The last one came in 1957. And the rest of those numbers might look okay if, say, the Lions were the Jacksonville Jaguars. But this franchise started playing football in 1930. Fifteen playoff appearances in 84 years of existence.

The Lions make the playoffs a little over once a decade.

Seriously, we’re not even going to talk about why this year’s version of the Lions is going to suck. They’re going to suck because they’re the Lions. That’s just what they do.

I’m having a real hard time coming up with anything to put in this section. Perhaps this is where we point out that Lions great Alex Karras also played Mongo in Blazing Saddles and starred in the TV show Webster. 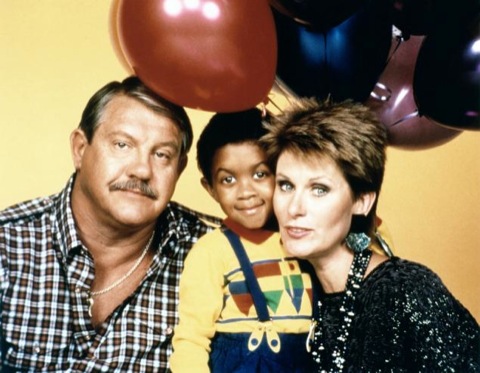 5. Scott Mitchell — This guy was such a turd that one of his own linemen — Lomas Brown — said he often purposely missed blocks because he hoped the opposing team would knock Mitchell out of the game. I am not making that up.

4. Andre Ware — People have probably forgotten what a bust this guy was because he played for the Lions and they’re always terrible anyway. He was seventh overall pick in 1990. He lasted only four years in the league and was never a full-time starter. You have to be really awful to be a first-round pick and not be given the opportunity to start at some point.

3. Golden Tate — Yup, the Lions signed this turd in the offseason. Because of course they did.

2. Titus Young — Man, where to even begin? Purposely sabotaged plays because he wasn’t getting the ball enough, punched one of his own teammates, got sent away from the team by staunch disciplinarian Jim Schwartz and got arrested again and again and again.

1. Matt Millen — He didn’t even play for the Lions and yet he more or less single-handedly ran the team further into the ground than was even believed possible, which is a hell of a feat. Millen was responsible for drafting receivers in the first round of three straight drafts (none of which were any good) and assembling the roster of the only 0-16 team in NFL history. If you ever need anyone to take incompetence to whole other unforeseen level, hire this guy. 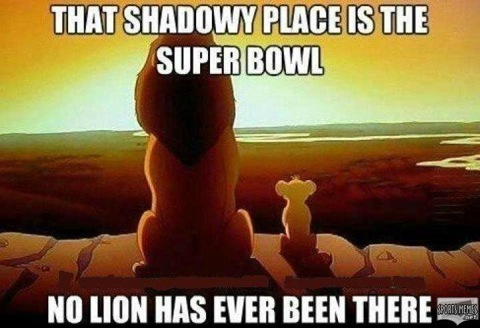