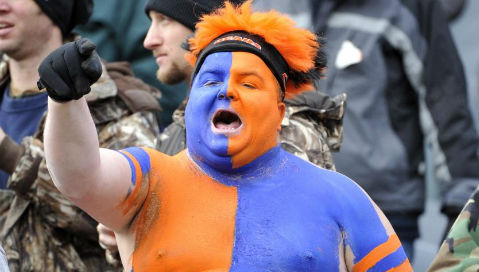 We’ve always had a creeping suspicion that this was the case. Now it’s been proven as fact — Chicago Bears fans are a bunch of criminals.

And that’s clearly happening this year because it’s 1985. So good news for the CPD.

“The evidence suggests these reductions are largely explained by potential offenders spending their time watching the game on television rather than engaging in criminal activity,” the paper stated.

I mean, what more can I even say? It’s right there on paper. And it’s science!

Previous Article
Who’s In Play for Jermichael Finley?
Next Article
Kelly Hall is Back (In a Bikini)