Cheeseheads at the World Cup

Someone caught a photo of some Swiss soccer fans today wearing cheeseheads while they were getting their asses handed to them by France.

They’re not exactly the kind of cheeseheads you see in Lambeau, but at least they still incorporate the totally flawed design of the originals. You know, it’s obviously supposed to be Swiss cheese because it has holes in it. But Swiss cheese is white.

That, of course, is totally unimportant if you’re the kind of moron who wears foam cheese on your head. 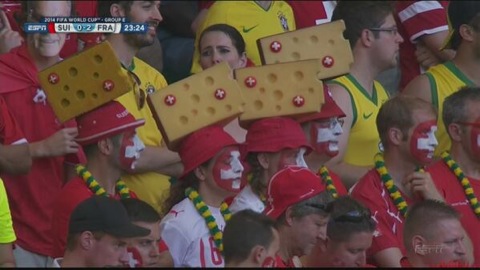 But no! Let’s Photoshop this and make them Packers fans!

That’s what some tool from SB Nation said today.

So you get this. 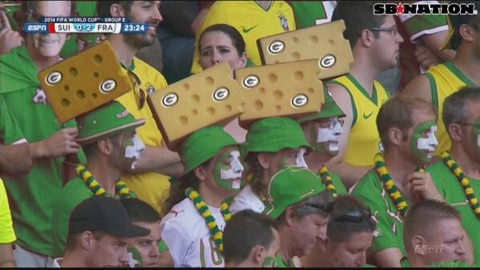 Look everyone! There are Packers fans at the World Cup!