What did I tell you? Sunshine. This guy can’t get himself enough. He’s Mr. Fucking PDA after years of being a grumbly bastard when anyone asked him about women. He’s Aaron Rodgers and he’s your quarterback!

Rodgers was on the set The Newsroom on Friday. That’s where his old lady, Olivia Munn, works. And again, he was sucking on her face for everyone to see.

He don’t give no shits anymore! He’s the pussy slayer!

Check this out, though. I have a question. The last time the two were spotted out sucking face, Munn was wearing this La Nueva New York shirt. She’s wearing the exact same shirt in these photos, but they were obviously taken at another time because Rodgers has something totally different on (although he hasn’t strayed from the t-shirt and workout shorts ensemble at all).

Does this broad only own one shirt? An important question like this reminds me of the time Jerry encountered this same bewildering behavior. 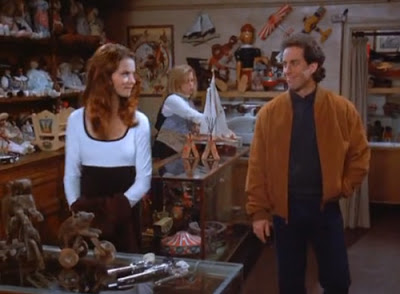 I don’t really know what our boy is doing with his hands in this first photo. It’s as if he doesn’t know if he’s allowed to touch her. 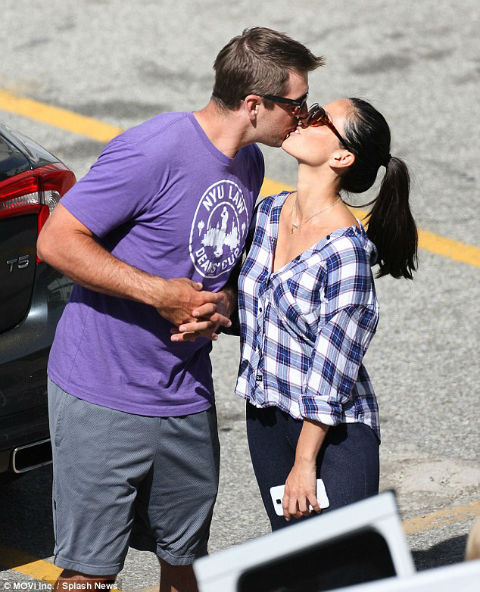 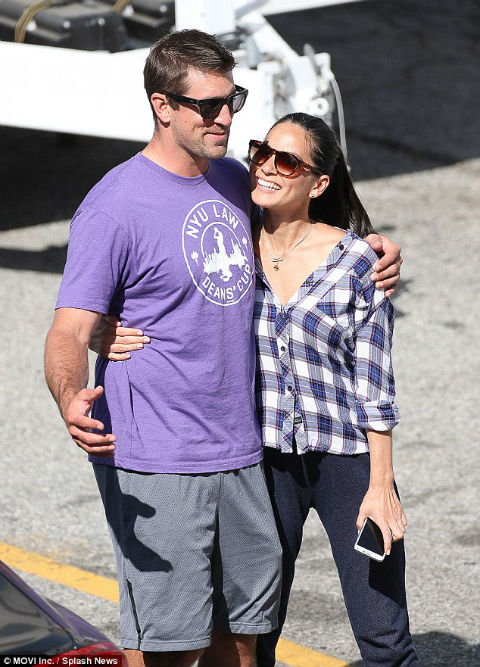 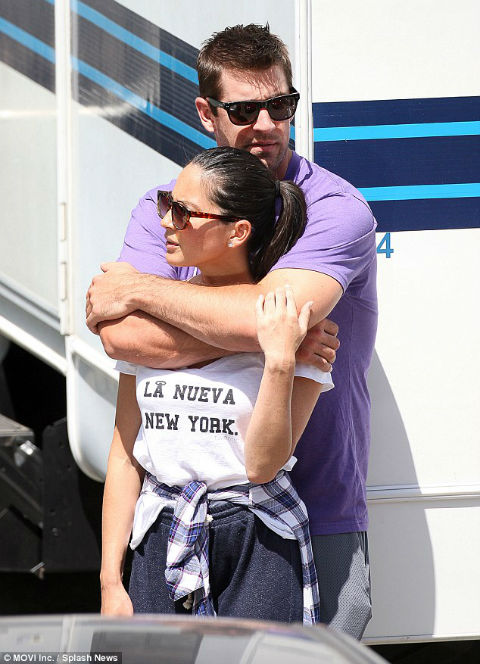 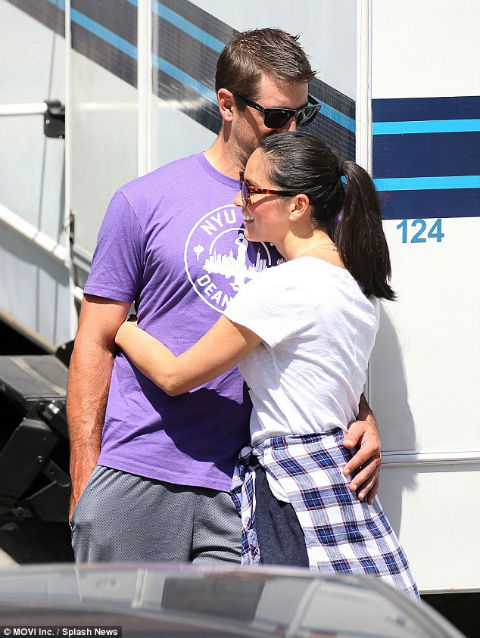 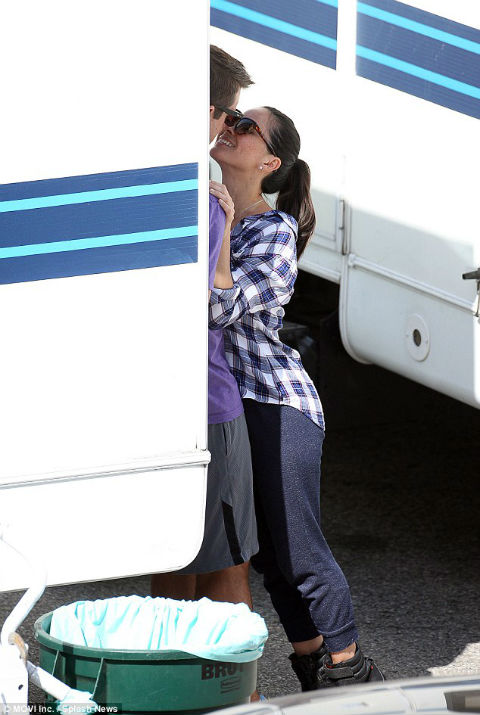