You Should Probably Meet Rachel Abbrederis

You know, it’s a long weekend and there’s pretty much nothing going on with the Green Bay Packers. So we decided to do some digging around for something to post. The result of that is we’re bringing you Rachel Abbrederis.

We were actually looking for something on one of the Packers’ draftees girlfriends… because we know you like broads. We remembered that your new favorite receiver, the great white hope himself, Wisconsin Badgers legend, Jared Abbrederis has a photo of himself with a chick on Twitter.

Turns out, that’s his wife.

Yeah, dude got married just about two years ago (May 26). We did not know this, because who gets married while they’re in college? That’s the time for pounding shots, smoking blunts and banging sorority girls!

Abbrederis is one of those bible thumpers though, which we also did not know. Well, maybe not so much of a thumper — that annoying prick Tim Tebow is a thumper — but definitely the religious type. The kind of guy who relies on faith and will throw out the occasional bible verse because why the hell not?

So we guess that also makes him the kind of guy who gets married in college instead of defiling coeds. He met his wife at bible study.

Not even making that up.

They even have a website with the story about how they met (which we imagine he probably now regrets). It features this photo and the following story.

By the way, that button-up shirt is at least two sizes two big for you, bro. 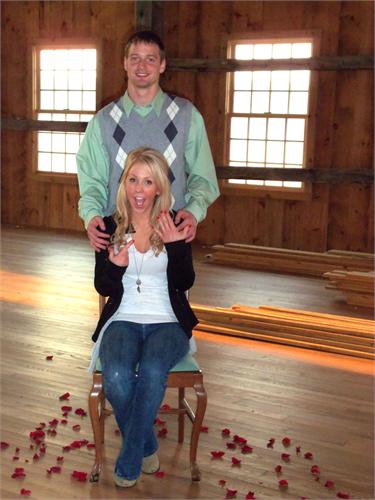 Jared had started going to Blackhawks College age ministry group that past summer and had asked the college age pastor if there was any type of mentor program he could get involved in.  Instead, he was told about the lifegroups and got placed in the lifegroup that happened to be the only one I could join.  So first Sunday night of the lifegroup Jared and I met, and just briefly talked.  Jared says he left that night and told one of his friends that he had met the girl he was going to marry :)

Two days later at the College Age Ministry night Jared and I ran into each other and ended up sitting by each other.  After talking for awhile I had to leave and found Jared following me out.  After asking me for my number he texted me later that night and the conversation didn’t stop from there- he called me the next day asking if I’d like to go to dinner that Saturday.  Come Saturday, Sunday, Monday and Tuesday of hanging out, we both knew there was something more than an interest and we decided to make things official with dating.  7 months later and were engaged!

There was actually more to that story, but in typical broad fashion, half of it was entirely unnecessary.

Anyway, it looks like Rachel Abbrederis has pretty effectively scrubbed herself from the Internet. Either that, or she doesn’t know what the Internet is.

But we do! And here she is. 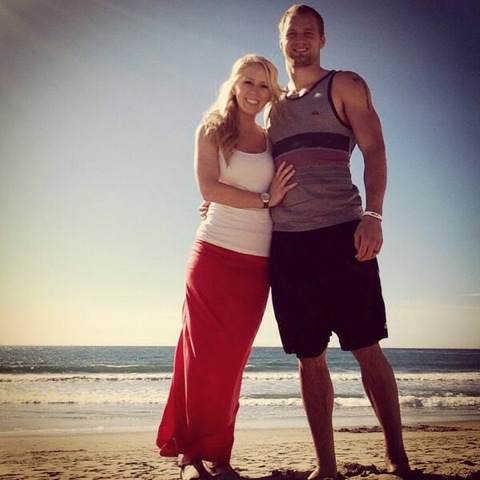