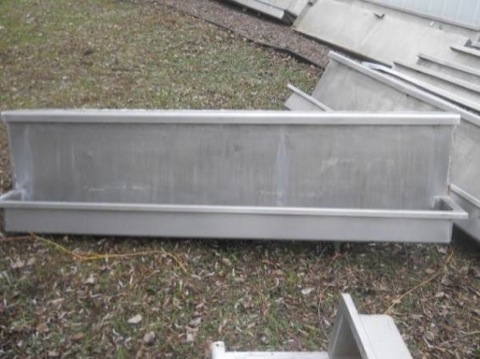 I’m just going to let you race straight on ahead with this one because you obviously will not need my help. As you well know, the Metrodome, the former home of the turd pile known as the Minnesota Vikings, is no more.

Most of it anyway. Someone salvaged some of the piss troughs from that heap of crap stadium and sold them in an online auction. Because what Minnesota Vikings fan wouldn’t want a metal trough covered in other men’s urine?

It’s, like, the perfect Christmas gift for the Vikings fan in your life!

The troughs were sold on an auction site called k-bid.com, which appears to sell crap to people primarily in the Midwest. Although they’ve been sold already, the Star Tribune provided this description from the site.

Yes, nothing like a cold can of piss beer.

“Condition of units vary. Some have minor dents and dings from the removal process.”

These fitting tributes to so many Minnesota Vikings’ seasons went for between $260-375 each.

Now, please, have at it.