Well, the Green Bay Packers got their man in the first round on Thursday night — Alabama safety Ha Ha Clinton-Dix.

He was probably the best safety in the draft, although that’s debatable because Louisville’s Calvin Pryor went before him. Pryor is more of a lay-the-wood kind of guy, while Clinton-Dix is noted more for his range.

He’s also a hell of an open-field tackler. Can you imagine? The Green Bay Packers with a safety that can, you know, actually tackle someone? Now if they only had an inside linebacker that could do the same…

Anyway, we know the Cleveland Browns called looking to trade up to No. 21 and select one John Football. Big Ted said no and the Browns traded up with Philly at No. 22.

Obviously, Ted was like, I’m not getting this guy at No. 26, which is where the Packers would have been (with an extra third) if they made that trade with the Browns.

But this is about Clinton-Dix. More specifically, his reaction when he was selected.

The first thing we noticed was, hey, this dude doesn’t look too happy.

He’s like, “Shit. Where the hell is Green Bay?” 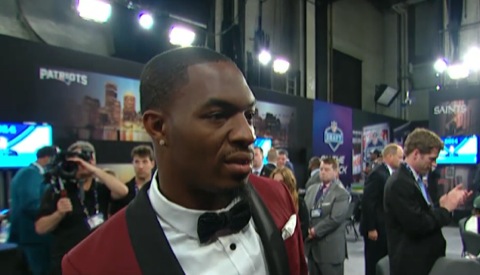 Then he’s walking out, where he meets Nick Saban and he’s like, “Are the Packers even better than the Tide?” 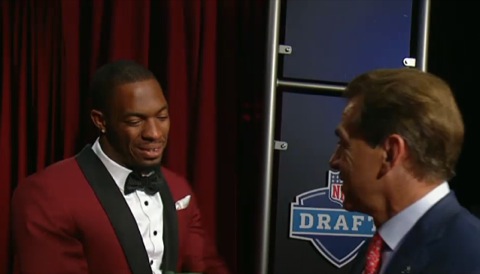 Now he realizes he’s going to be a millionaire and that he better start smiling for the cameras. 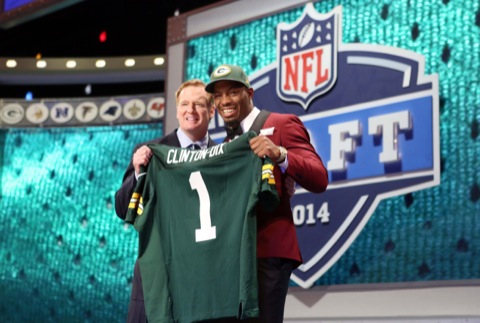 And then whatever the hell is going on here. Maybe an epileptic seizure? 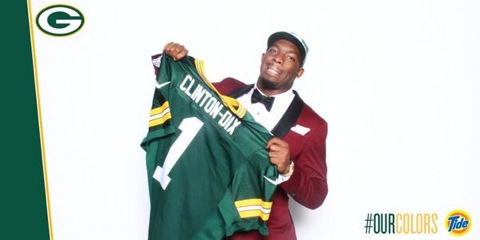 Word is Clinton-Dix is going to wear No. 21 for the Packers. That’s Charles Woodson’s number. The good news is you can just pull the name off the back of your Woodson jersey and use a marker to write in Clinton-Dix.