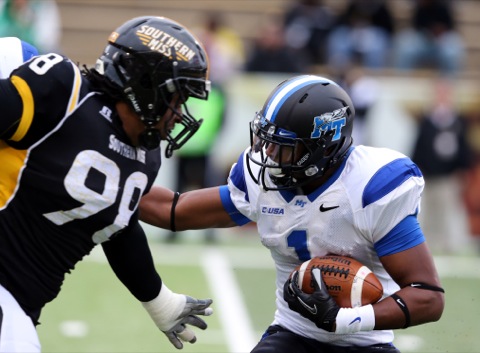 That leaves the Packers with three draft picks left to sign.

What interesting tidbits have we picked up about Thornton since the draft?

Well, he (along with just about everybody else) didn’t think he’d go as high as the third round. Obviously, he was unaware that Big Ted likes to take guys in the third that he could of gotten in the fifth.

So what did the Packers like about this guy so much? Check this out. Ted actually said this.

At boy got ‘im some differnt tings!

Packers legend in the making? You bet your ass!

There were literally no highlight videos of Thornton out there during the draft. We ended up posting some class project video on his “The Book on” post.

Well, here are some highlights… that someone had to record off ESPN’s draft coverage.

Previous Article
Colt Lyerla is Now a Member of the Packers
Next Article
Packers Signing of Colt Lyerla a Big Deal, Apparently