The Green Bay Packers came to terms with another of the receivers they drafted, seventh-rounder Jeff Janis.

They also let the ax fall on cornerback James Nixon.

Janis’ deal will be worth $2,271,392 with a signing bonus a little over $50K. A few interesting nuggets we’ve picked up on this guy since the draft.

The knock (or one of them) on him is he played against Division II competition, but Big Ted thinks he’s a hell of an athlete.

Ted Thompson on 7th-round pick Jeff Janis: "He was the second-ranked athlete among all WRs in this draft." #Packers

Janis was also rated as a possible third-round selection by NFL.com, so the Packers could have gotten a steal.

Finally, he may have himself a hot, blond girlfriend. This was Janis hanging out and waiting to get drafted. 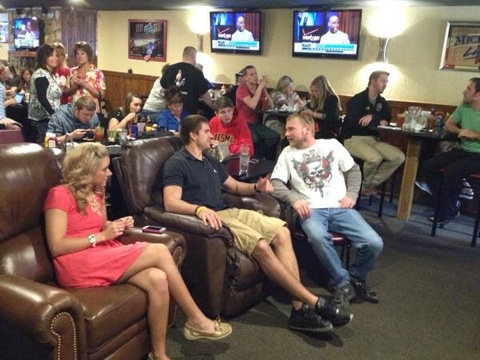 As for Nixon, he spent much of his time with the Packers on the practice squad. He was on the active roster last season and played in three games. He suffered a leg injury that landed him on injured reserve in November.

That’s ultimately why the Packers cut him — failed physical.