Five of the Packers nine draft picks are now signed. Their first, second and two third-round picks remain without deals.

We know Goodson is an athlete. As we mentioned when he was drafted, he played basketball at Gonzaga before going and playing football at Baylor.

Baylor even put out this stupid graphic for him after he was drafted. 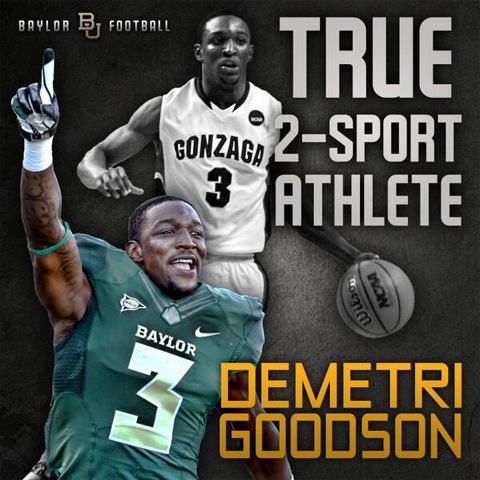 Hey, who cares if he didn’t play basketball for OUR school!

Anyway, you know why that’s a big deal? He’s only the second guy to play in the NCAA Tournament and a BCS game AND get drafted by the NFL.

The other guy was Donovan McNabb. Remember when that ugly bastard ran the point for the Cuse?

Here’s another (maybe, kinda) fun fact. Goodson’s brother, Mike, plays for the Jets. Although he doesn’t play that often.

Now, we’re not trying to bag on the kid, but Goodson could well be the first guy to play in the NCAA Tournament and a BCS game, get drafted by the NFL and then get cut his rookie season. The Packers are loaded at cornerback and Goodson probably has a better shot at making the practice squad than the active roster.