The Bears Were After Mike Neal 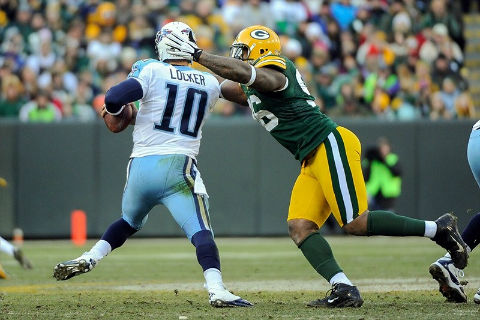 Those scumbag Chicago Bears were hot on the trail of Green Bay Packers outside linebacker Mike Neal in free agency, Brad Biggs tells us.

Of course, just like they do when they play the Packers on the field, they fucking failed! Bam!

Neal told Biggs he had an offer from the Bears before he re-signed with the Packers. Neal said he didn’t want to play for a bunch of scumbag losers… or something like that.

“They offered me,” Neal said. “In the long run, their offer, it wasn’t a bad deal. The option for me to come back here was better, in my opinion. I felt like this was a system that if I was kept in the same position, I could flourish in. I thought it would be better to try to capitalize on what I did last year here.”

As you surely know, the Packers converted Neal from defensive end to outside linebacker prior to last season. Then he went on to have his best year as a pro, racking up 47 tackles and five sacks.

The Packers run a 3-4. The Bears run a 4-3. Neal would have been playing back on the defensive line in Chicago and it’s pretty clear he didn’t like the sound of that.

The Bears’ pursuit of Neal doesn’t come as a surprise. Their defense was more or less dog shit last year. They retooled their entire defensive line in free agency, signing Lamarr Houston from Oakland, Willie Young from Detroit and Jared Allen from Minnesota.

And now we’re all shaking in our boots because, wow! That’s an impressive collection of talent! Look out rest of the NFC North!

Have I mentioned where the Bears are going this year? SUPER! BOWL!

Yeah, so they couldn’t steal Neal from the Packers. Their plan B to stick it to Green Bay was to sign safety M.D. Jennings. Unfortunately, they failed realize that, A. M.D. Jennings sucks and, B. the Packers didn’t even want him.

But hey, this is the year for the Bears! Mike Neal is gonna be sorry!

B.J. Raji is Going to be a Monster Again

B.J. Raji is Going to be a Monster Again