Packers are Getting a Monday Night Game in Buffalo 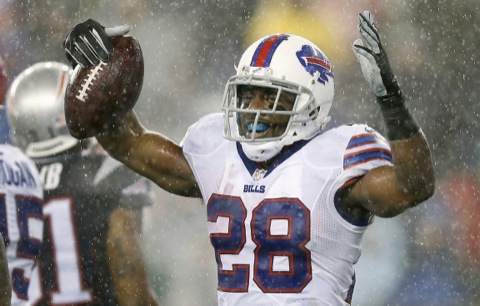 Several outlets have reported that the Green Bay Packers will be playing a Monday night game against the Buffalo Bills in Buffalo, this season.

The Bills have apparently let some of the details about their schedule slip today. The full schedule isn’t expected to be released until next week.

So, way to go Bills.

While it’s understandable that the Packers are getting a prime time game, you’re probably wondering why they’d be playing Buffalo.

That’s a damn good question. The Bills haven’t been relevant since I was tearing shit up with Thurman Thomas on Tecmo Super Bowl. They were 6-10 last year.

Typically, prime time games feature, you know, desirable matchups. That is, with the exception of the Thursday night slate, which is a total garbage dump.

The Bills also let it slip that they’re playing the Detroit Lions on Thanksgiving. Detroit always gets a home game on Thanksgiving because, tradition!

Most of the time they’re playing the Packers in that game. Not this year, apparently.

Although, that’s probably a good thing after last year’s Thanksgiving debacle. The Packers were out of that game by the time I was onto my third Old Fashioned, which was about the beginning of the second quarter.