The Packers Are Not Amused, People

Well, it’s been a while since we’ve received a cease and desist letter. That is, before yesterday. But thankfully, the Green Bay Packers legal team was quick to brighten our day by providing just that.

Earlier in the week, when there was nothing going on (much like the rest of the week), we took some photos from that website that’s run by the organization. These photos were nothing special. They were shots of players at the first day of organized workouts. So we decided to spice them up by adding our own thought and speech bubbles to several of the shots.

Because, you know, humor.

Well, the Packers were not amused.

We had to remove that post. So if you were wondering where all of those brilliant parody images went, that’s where — into the ether, never to be seen again.

Now, people do this sort of thing every day. Take a photo, put some funny caption on it and circulate it around the Interweb. If it’s an image of the Packers, you do it and they can find you, they’ll probably threaten to sue you too.

It’s certainly within their right to do so.

Then you can get a fancy cease and desist on Packers letterhead just like this one! 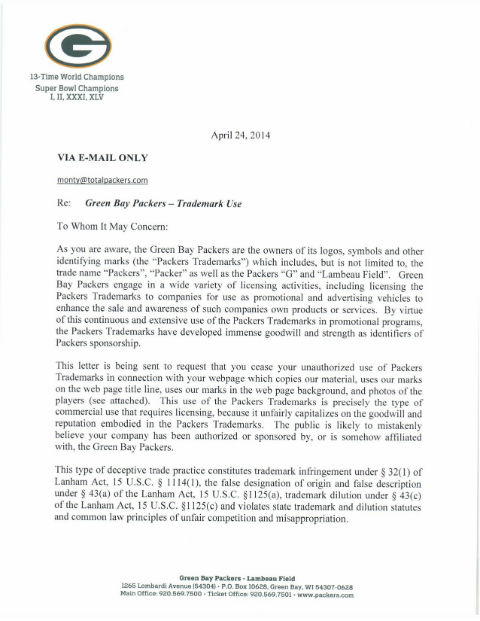 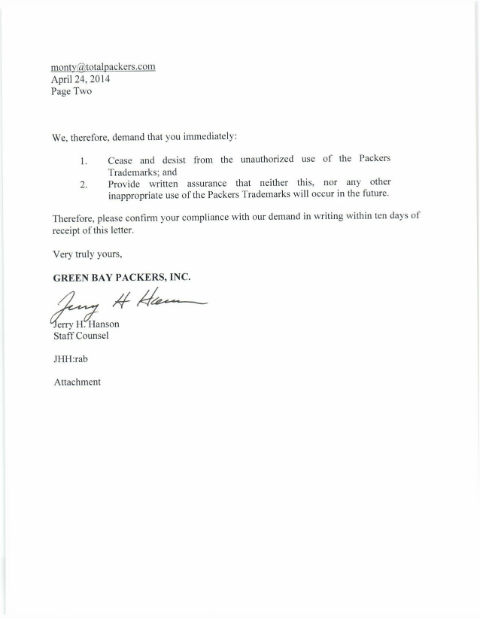 Here Are Some Packers at the Wisconsin Sports Awards