John Kuhn is Back in the Fold 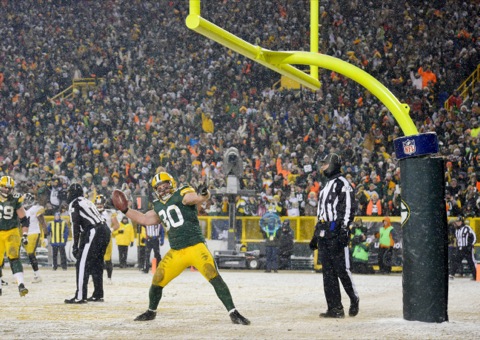 It’s a one-year deal according to Wes Hodkiewicz.

The deal is reportedly worth just over $1 million with bonuses. Kuhn is coming off a three-year, $7.5 million deal.

There was plenty of speculation the Packers were looking to pay him less than his previous deal this time around and that makes sense.

Fullbacks don’t have much value in today’s NFL. Most teams don’t even employ one. While Kuhn is very valuable when it comes to leadership and, you know, knowing what the hell he’s doing on the field, he’s also 31 and isn’t an integral part of the offense.

Where Kuhn brings value — other than leadership — is in the passing game. Specifically, blocking.

He’s the Packers’ best pass protector among running backs and we know we don’t have to remind you why this play happened.

While that was great, Kuhn will have to work on his Lambeau Leaps for this season.