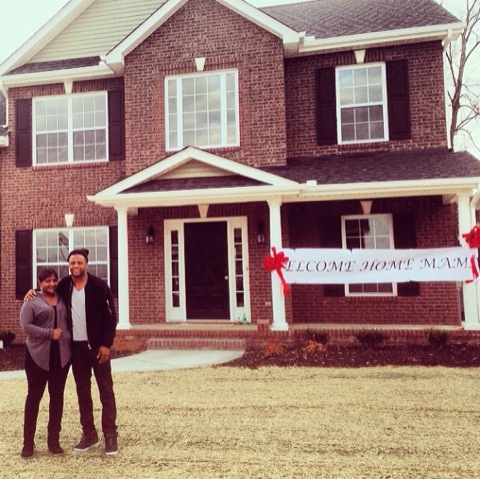 Green Bay Packers receiver Randall Cobb must be getting ready for that big contract extension he’s going to get this summer.

He bought his mom a house this weekend. Then he let everyone know about it.

"Victory to me is when u get ya Moms right" http://t.co/bK70TjlnKc

Clearly, Cobb is taking care of his money because he isn’t making much of it by NFL standards. By you and I standards, that’s another story…

We’re sure the Packers want to lock him up sooner rather than later as well, but they have a few other issues to deal with. Receiver Jordy Nelson is in the same position — entering the final year of his deal and looking for an extension.

Fortunately for the Packers, they have more than $30 million in cap space available. New deals for both Cobb and Nelson should be a breeze and the Packers will still be able to sign some other guys.

Randall needs to pay for that house, Ted. Let’s get crackin’.