How About Mark Sanchez as Aaron Rodgers’ Backup?

by Monty McMahon
in Uncategorized
48 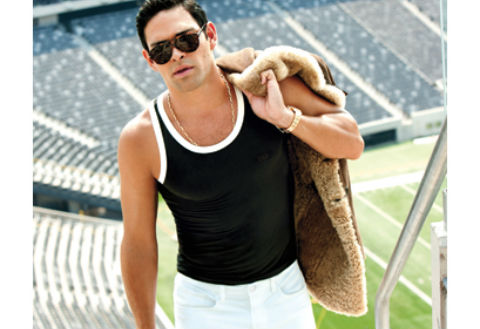 Well, quarterback Mark Sanchez AKA Nacho! AKA Sanchise AKA Buttfumble was cut by the New York Jets on Friday. So where might he end up? How about the Green Bay Packers?

That’s what some guy from NFL.com suggests, although the Packers aren’t No. 1 on the list. It’s all the same reasons you’ve heard before.

The Packers have ignored their backup spot for far too long. For all his faults, Sanchez is superior to the noodle-armed Matt Flynn, who has yet to be re-signed. Scott Tolzien showed flashes last season, but Sanchez would give Green Bay a former starter with playoff experience. If it’s not Sanchez, the Packers remain on the hook to grab a strong No. 2 behind Aaron Rodgers.

For as many reasons as we could make fun of Nacho! — and there are plenty — him playing for the Packers makes some sense. The guy has won playoff games. He has the physical tools. A little time with Mike McCarthy, supposed quarterback guru, could probably do him some good.

So what say you?