Just Because: Here’s some Chris Farley with the Packers 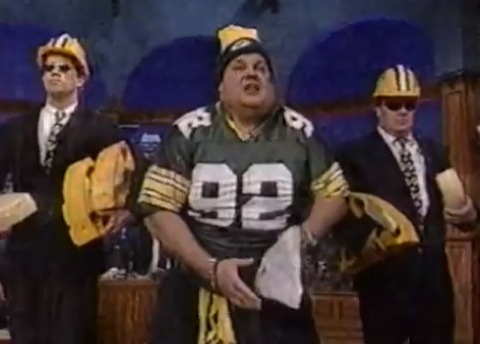 Someone posted this on Twitter this morning and since there’s nothing particularly interesting going on with the Green Bay Packers right now, here you go. Chris Farley in his prime.

This happened on The Tonight Show with Jay Leno after the Packers won Super Bowl XXXI. Edgar Bennett, Sean Jones and Andre Rison were greeted by Mayor Cheeseapolis of Stitzer, Wisconsin.

For the uninformed, Farley is the pride of Madison and the greatest thing to ever happen to Saturday Night Live.