James Jones is an Oakland Raider 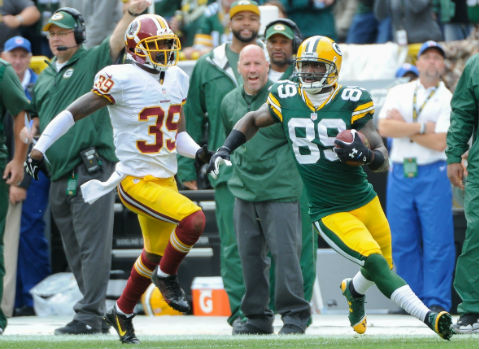 Well, shortly after we begged someone, anyone, to sign receiver James Jones someone did. That someone is the Oakland Raiders.

Jones got a three-year deal with the Raiders, where former Green Bay Packers exec Reggie McKenzie is the general manager.

The Green Bay Packers made no effort to re-sign Jones, who turns 30 this year. They’ll move Jarrett Boykin up the ladder to replace Jones as the team’s No. 3 receiver in 2014.

The problem is, who the hell is throwing these guys the ball? Terrelle Pryor? Matt McGloin? Some soon-to-be castoff like Matt Schaub or Mark Sanchez?

Jones is going to be dreaming of his days with Aaron Rodgers this coming season.