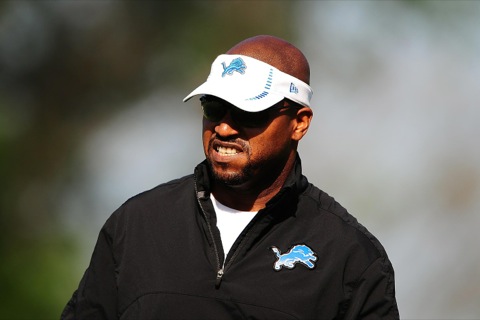 Gash takes over for Alex Van Pelt, who was promoted to quarterbacks coach when Ben McAdoo left to become the New York Giants offensive coordinator. Zook takes over for Chad Morton, who was dismissed earlier this week.

Of the two, Zook is the more recognizable name. That’s because he was formerly the head coach at both Illinois (2005-11) and Florida (2002-04). Zook also served as the Pittsburgh Steelers special teams coach from 1996-98.

Seems tailor-made to take over for special teams coach Shawn Slocum when he finally gets fired after the 2014 season, doesn’t he?

Although Gash’s name may not be very recognizable, he did have a long NFL career as a fullback (1992-2003) that saw him earn two All-Pro nods.

He began his coaching career in 2005 and most recently served as the Detroit Lions running backs coach (2008-12).