Packers will Try to Turn Raymond Webber Into a Tight End 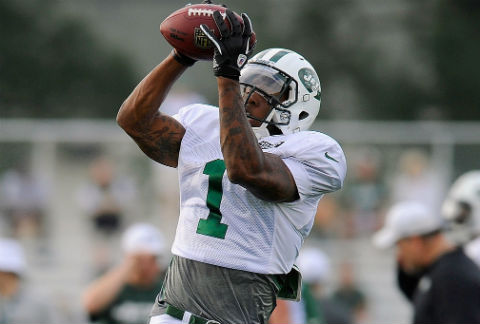 Who the hell is Raymond Webber, you’re probably asking yourself. Well, he’s the Green Bay Packers newest tight end, but we’ll get to that in a second.

The Green Bay Packers love tight ends. They usually carry like 17 of them on the active roster. You really can never have enough tight ends. But the Packers are (probably) about to lose two tight ends in free agency — Jermichael Finley and Andrew Quarless.

That will leave them with just three on the roster! Those three guys are Brandon Bostick, Ryan Taylor and Jake Stoneburner. So Ted Thompson will clearly have to select at least two tight ends in the draft.

Well, maybe only one now. He’s really gone and beefed up that tight end position with the signing of Webber.

So where did this guy come from? He was first signed as an undrafted free agent by Tampa Bay out of Arkansas Pine-Bluff in 2011. He spent that entire season on injured reserve.

In 2012, he went to training camp with the Jets, but they waived him before the season. In 2013, he signed with the CFL’s Calgary Stampeders and was released during training camp.

So what the hell?

Well, let me tell you, Raymond Webber has huge upside. Five years down the road, he’ll probably be able to contribute. Ted told me so.

Seriously, like Bostick, Webber was a receiver in college and now the Packers will try to turn him into a tight end. He’s 6-2, 237 (up from 220). That obviously makes him a project.

Apparently, he can catch some balls though. During his senior season, he hauled in 101 of them for 1,429 yards and 10 touchdowns.

Do we have some highlights? You bet your sweet ass we do!

There’s a Cheesehead at the Sochi Olympics