We Would Like to Point Out the Saints Released Roman Harper 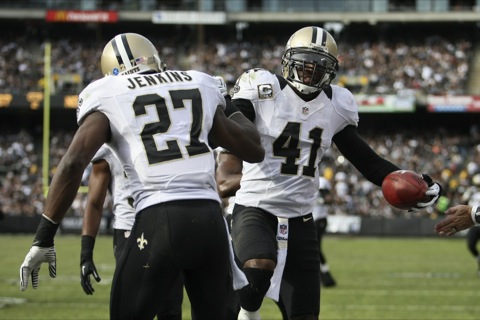 The New Orleans Saints purged some veteran contracts on Wednesday. The most notable name released, at least as far as we’re concerned, was safety Roman Harper.

That’s right, a safety! Even though the Saints deemed Harper not good enough to hang onto, we feel pretty confident in saying that even the Saints’ trash is better than any safety currently on the Green Bay Packers roster.

Because he was released, Harper is a free agent now. He doesn’t have to wait until March to sign with a team like the guys whose contracts are expiring. He can sign with someone tomorrow if he so pleases.

What would a team get with Harper? They’d be getting a 31-year-old two-time Pro Bowler (2009-10). They’d also be getting a guy coming off a fairly underwhelming season.

The season prior, he registered a career-high 7.5 sacks. That’s the same number of sacks Clay Matthews led the Packers with in 2013.

Can the Packers do better than Harper? Yeah, they can, but we’re probably going to sit here and point out every available safety until they actually make a move.

If there’s any hope for Harper and the Packers, it really comes down to this. His contract with the Saints averaged $3.5 million per season, which is fairly reasonable. His next contract will probably be for less than that and Ted Thompson loves bargain shopping.

Report: Green Bay Packers will be Players in Free Agency

Report: Green Bay Packers will be Players in Free Agency