Here’s the Worst Redesign of the Green Bay Packers Uniforms 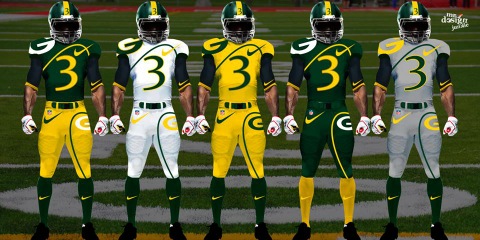 These hideous creations starting floating around the Interweb yesterday. They are a designer’s reimagining of the Green Bay Packers uniforms.

Actually, he — Mr. Design Junkie — did redesigned uniforms for every NFL team. They all feature giant numbers, giant logos and the general aesthetic feeling that someone vomited NFL on a shirt and a pair of pants.

I mean, look. It’s isn’t as if this person isn’t a talented designer. It’s just, no thanks.

Thankfully, we’re pretty sure you never have to worry about these seeing an actual football field.

You and I both know the Green Bay Packers uniforms will probably never change. There have been only minor adjustments since Vince Lombardi revamped them in 1959. The forest green and gold color scheme was introduced that year. The iconic G logo has not changed one iota since being introduced in 1961.

It’s alright to make your uniforms some obscene neon green mess if you’re say, the Seattle Seahawks. A team like the Packers with history and tradition — not so much. 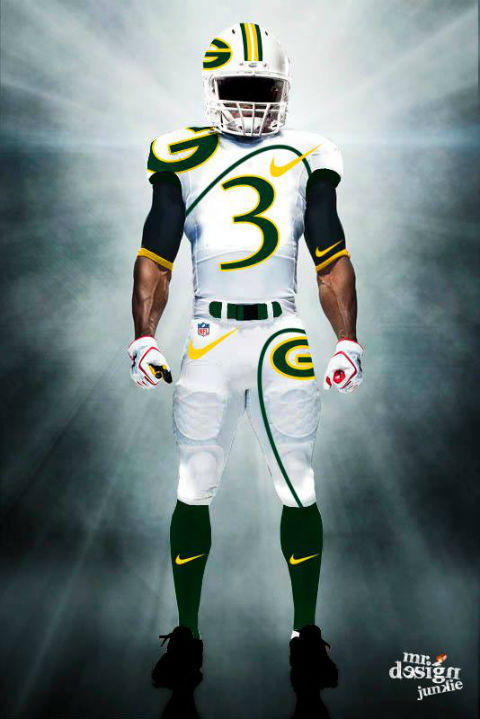 If you’d like another take on a uniform redesign, this one appeared about two years ago. Again, it was done by a designer and not anyone from Nike or the NFL. 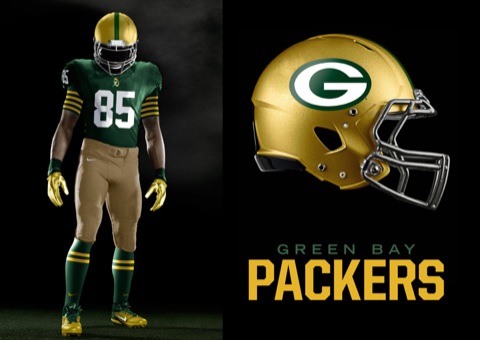