Eddie Lacy is Offensive Rookie of the Year

In a surprise to no one, except maybe the 12 people who voted for San Diego Chargers receiver Keenan Allen, Green Bay Packers running back Eddie Lacy has been named the AP Offensive Rookie of the Year.

Lacy finished with 35 of the 50 votes cast for the award. Allen came in second with 12 and three guys had one vote. Those were Bengals running back Giovani Bernard, Lions tackle Larry Warford and Vikings receiver/returner Cordarrelle Patterson.

The real story was Lacy carrying the Packers offense while Aaron Rodgers was injured. More impressively, he did so while consistently facing eight guys in the box.

In 2013, Lacy broke John Brockington’s Packers rookie rushing mark, which had stood since 1972.

Also, he wore this sweet-ass suit to the NFL Honors, where the award was handed out. 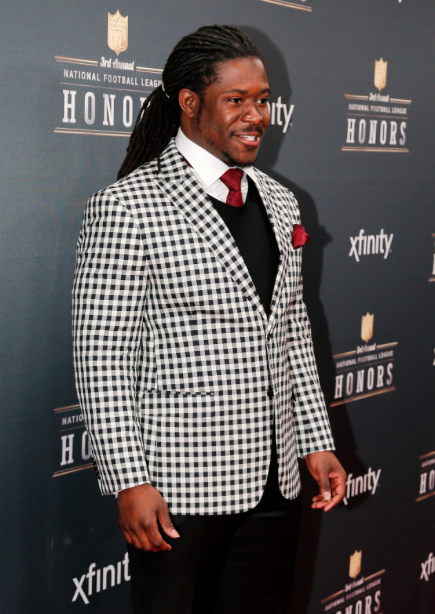