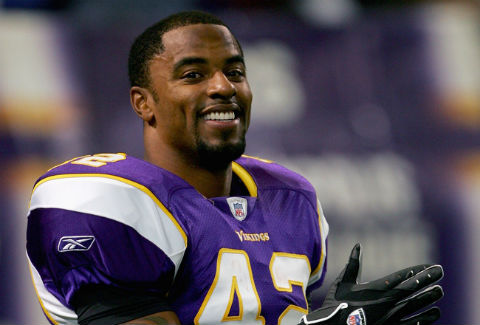 He surrendered late in the day without incident.

Sharper had already been charged with rape, involving two separate incidents and three different women, in Los Angeles, where he is currently free on bail. We knew additional charges were coming because Sharper has also been accused of raping women in Arizona and Florida, in addition to New Orleans.

All of these alleged rapes have an eerily similar story. Sharper meets some women at a club, asks them to come to an after party, gives them a shot (usually at his hotel) that contains a cocktail of drugs, the women pass out and then wake up to find Sharper sexually assaulting them.

According to court documents filed in Los Angeles, one of the alleged victims in New Orleans met Sharper at a Sept. 22 event for Saints football players and later accompanied him to a bar, where he gave her a drink. Her next memory was around 10 a.m. on Sept. 23, when she woke up to find Sharper “on top of her sexually assaulting her,” the documents said.

But in a press release issued Wednesday, police said that investigators subsequently learned that “not one, but two women were allegedly sexually assaulted by Sharper in the same apartment the night of Sept. 23.

We’ve talked about Sharper and this case before. In a word: disgusting.

We could probably write some other words about it to, but there will be plenty of time for that.

Johnny Jolly Expects to Play in 2014

Jermichael Finley is in Demand, Apparently

Jermichael Finley is in Demand, Apparently