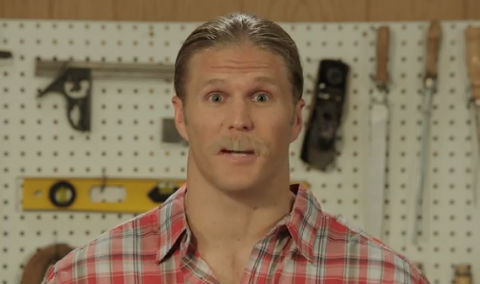 Clay Matthews knows the Green Bay Packers defense isn’t any good. While making the media rounds on Tuesday he said the reason is the Packers don’t have enough playmakers on that side of the ball.

“On the defensive side of the ball, we need to have more playmakers and get off the field more often and put the ball back into our offense’s hands,” Matthews said. “It’s a time for guys to step up and make a name for themselves, myself included, as well as hopefully adding a few guys through the draft.

“Any time you have a top-five offense, you need to back that up with a top-five defense, and we had that in our Super Bowl year. At times we carried our offense and at times they carried us, but over the past few years it’s been a little more offense dominated.”

We would agree, of course. Matthews is the only real playmaker on defense and he’s injured most of the time. Cornerback Casey Hayward may prove to be a playmaker, but he missed most of 2013. Defensive lineman Mike Daniels is a budding playmaker. That’s about it.

None of the other linebackers make any plays. The safeties sure as hell don’t. The corners are good, but they’re more about not allowing plays to happen than they are about creating them. The defensive line, well, it’s there.

Matthews went on, begging for someone to take the pressure off him.

“Obviously being defensive minded and oriented, I hope they can provide another playmaker on the defensive side of the ball,” he said. “As I’ve continued to say, our offense is doing fine just finishing top five every year. Now it’s our time to start picking up the slack, so I’d like to see a player anywhere on my side of the ball be able to help this team out.”

Anywhere. Yes, the Packers could literally use any defensive player who can do something. Again, we like the cornerback group, but you could realistically argue that every other defensive position, as a whole, is below average when compared to the rest of the NFL.

We wonder if any of Matthews’ defensive teammates were paying attention to his comments. More so, we wonder if they got the message.

If not, let us translate: you guys suck.