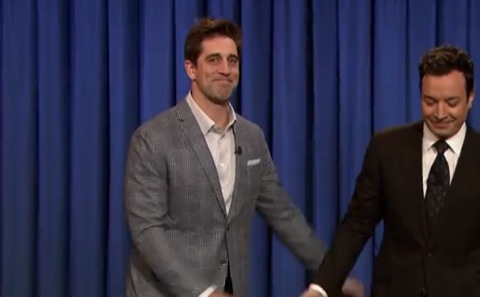 Green Bay Packers quarterback Aaron Rodgers was one of a number of players to appear on Late Night with Jimmy Fallon last night.

It was a brief appearance, but the segment as a whole was funny. It’s Fallon’s Late Night Superlatives, which made fun of NFL players during the season.

This version was the NFL players’ revenge, where they got to make fun of the show’s writers.