In a Total Surprise, Kevin Greene has Resigned 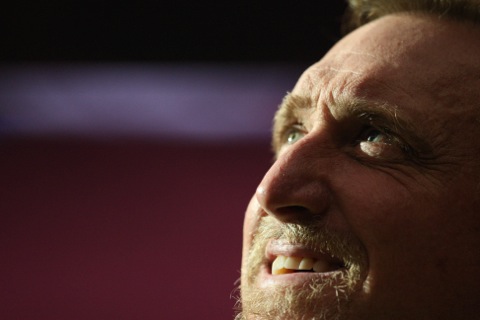 The Green Bay Packers have another hole on their coaching staff to go along with quarterbacks coach. Outside linebackers coach Kevin Greene has resigned, the team announced on Friday.

In a prepared statement, Greene said he’s stepping away to be with his family.

“I am stepping away from the NFL at this time in order to spend more time with my wife, Tara, and our children, Gavin and Gabrielle,” Greene said in a statement released by the team. “I will miss coaching and will try to return after our kids move on to college if a team will have me.

“My experience here with the Green Bay Packers has been nothing but positive. I am eternally grateful for the opportunity that Mike McCarthy and Ted Thompson have blessed me with. I have a peace about the productivity that I helped bring forward in all of the fine young men that have been entrusted to me these past five years. I am most proud of all their accomplishments and the fine young men they’ve become in this league.”

Greene actually brought something else to the Packers than coaching ability. He brought some fire. The same kind of fire he brought as a player.

When you compare that to the ho-hum approach of guys like Mike McCarthy and Dom Capers, well…

Some people — specifically some of those that wanted to see Capers fired from his defensive coordinator gig — suggested the Packers promote Greene to that position.

Greene played under Capers before joining his staff.

He was recently announced as a finalist for the Hall of Fame — for the third time — and is still third in NFL history with 160 sacks.

Previous Article
So, Mike Zimmer is Going to Bring a Championship to Minnesota
Next Article
Aaron Rodgers is Making the Rounds in Lawrence, Kansas