Randall Cobb Gave Away a Car 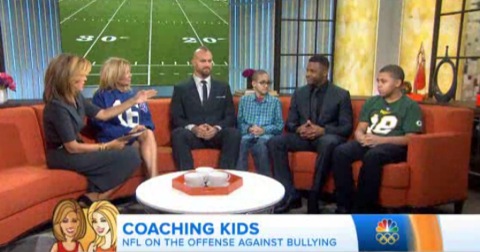 Randall Cobb is a busy man this week. He’s been in a Broadway musical and hung out with Charlie Murphy, among other things.

On Wednesday, he was on the TODAY Show. Cobb is involved in a documentary that deals with bullying called NFL Characters Unite.

Cobb met a kid named Tyson who was basically giving into peer pressure and fighting other kids. Along with the New York Giants Mark Herzlich, Cobb appeared on the show with Tyson and later, his mother.