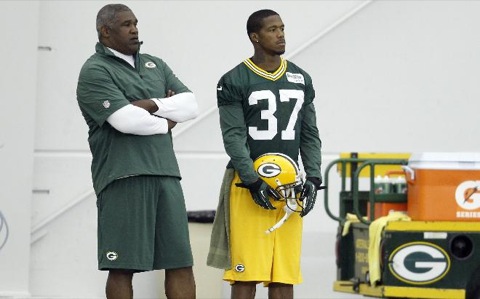 Almost every year, someone gets poached from the Green Bay Packers front office for a general manager job. We figured that would change this year since everyone is seemingly already gone.

Senior personnel executive Alonzo Highsmith is on the radar of the Miami Dolphins and Tampa Bay Buccaneers, according to Adam Schefter.

Highsmith has been a scout with the Packers since 1999. He got his present title in May, 2012.

If Highsmith gets a GM job, he’d be the fourth branch on the [shudder] Ted Thompson general manager tree. John Schneider in Seattle, Reggie McKenzie in Oakland and John Dorsey in Kansas City are the others.

We’ve suggested it before and we’ll probably suggest it again. The suck of talent from the Packers front office to other franchises kind of coincides with when Draft Master Ted Thompson started making some pretty odd (and awful) draft picks.

Ironically, none of his protégées build exclusively through the draft.