It Looks Like Nick Collins Still Wants to Play 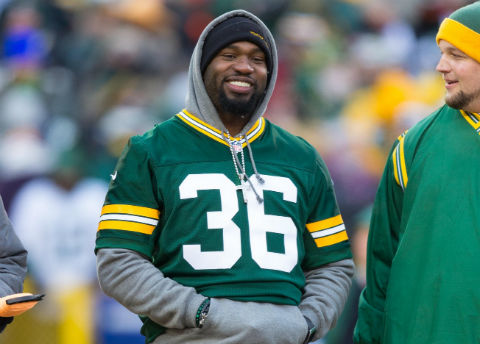 The Green Bay Packers have been a shit show at safety since they released three-time Pro Bowler Nick Collins after the 2011 season.

We won’t get into that, since we’ve pretty much drilled that topic into the ground. What we will say is it looks like Collins still wants to play. 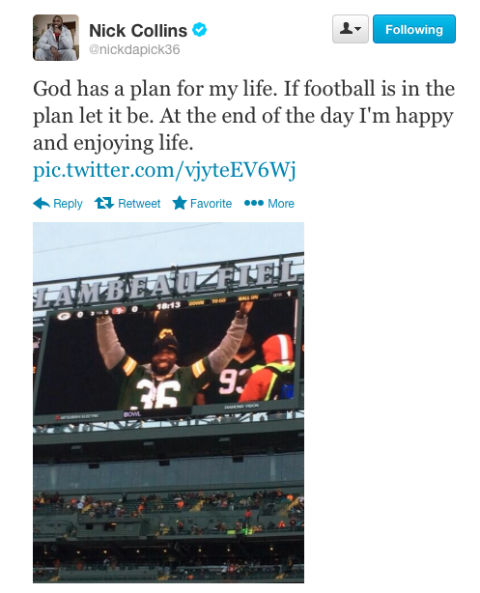 There was also this video, which Collins posted about a month ago.

Obviously, he’s still working out. Working out with hopes of getting another shot in the NFL.

Collins is still only 30 and a comeback after being away from the game for an extended period isn’t unheard of. The Packers brought Johnny Jolly back after three years away from football and he was their best defensive lineman not named Mike Daniels in 2013.

Still, Collins’ return seems like a long shot. And a longer shot with the Green Bay Packers. They deemed it too dangerous for him to continue playing football after he suffered a neck injury in September of 2011.

The feeling was, Collins could be paralyzed if he suffered a second, similar injury.

However, the team cleared another safety, Sean Richardson, to come back from a neck injury in 2013. Peyton Manning, who had a similar injury to Collins, set NFL passing yardage and touchdown records in 2013.

Then there’s tight end Jermichael Finley, who’s in the same neck injury boat. The Packers will have to make a decision on him this offseason.

We haven’t heard of any teams sniffing around Collins, but we wouldn’t be surprised if one at least gave him a medical evaluation.

Those were the days, huh?