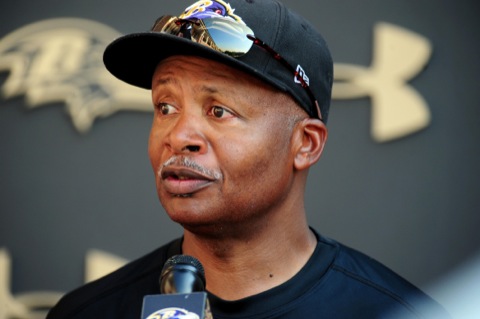 The Leos actually sent a private jet for San Diego Chargers offensive coordinator and former Arizona Cardinals coach Ken Whisenhunt yesterday. He didn’t get on it and instead agreed to be the Tennessee Titans new head coach.

So what did the Lions do? Panic! And then hire Caldwell.

After getting canned by the Colts following the 2011 season (he was 26-22), Caldwell became the quarterbacks coach of Baltimore. During their Super Bowl season, Caldwell replaced Cam Cameron as offensive coordinator.

He worked in that role this past season as well. The Ravens finished 29th in total offense in 2013.

So, a couple things here.

First, the Lions let quarterback Matthew Stafford sit in on their interviews for head coaching candidates. You know, because Butterball knows what it takes to be a good head coach in the NFL.

Second, Lions fans are less than excited by the Caldwell hire. That’s right, I actually know a few of them. They had the misfortune of being born in Detroit, so what are you going to do?

Frankly, we totally understand. This hire should relegate the Leos to third or fourth place in the North for the next five years.

Now, if the Vikings would just rehire Brad Childress, we’d be all set.