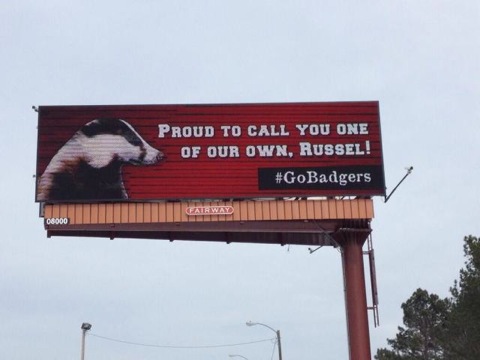 Unlike any other number of Seattle Seahawks, we tend to like quarterback Russell Wilson. Wisconsin Badgers legend and all.

So does the guy who bought this billboard.

A Badgers fan purchased this in Raleigh, NC, which is where Wilson started his college career at NC State. One problem.

He doesn’t know how to spell Russell. Two L’s bro.