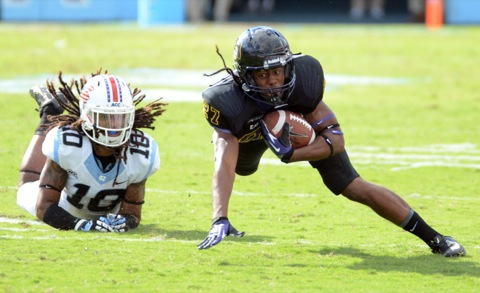 We’ve been harping on this since the season ended. The Green Bay Packers badly need an upgrade at the safety position.

Not that we thought they didn’t notice, but we now have confirmation that the Packers will be looking at safeties in the draft.

ESPN Radio’s Charlie Bernstein is at the East-West Shrine Game, which is one of the college football All-Star games, and gives us this.

I was talking to a #Packers scout earlier at the East practice and they were particularly interested in safeties. #ShrineGame

Unfortunately, only seniors get to play in the Shrine Game, so the majority of the top safety prospects aren’t in the game.

The biggest name safety who is playing is North Carolina’s Tre Boston, who had 94 tackles and five picks as a senior. As of now, he looks like a second or third-round pick.

The game will be played this Saturday.