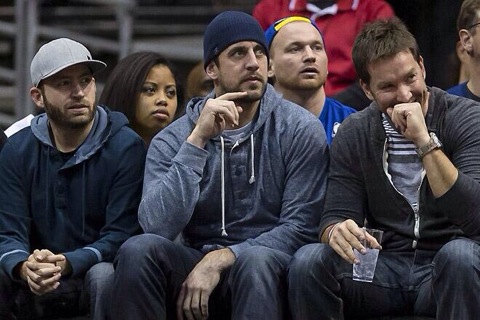 For some reason, Green Bay Packers quarterback Aaron Rodgers was at the Milwaukee Bucks game the other night. And why anyone would want to watch the Bucks right now is beyond me because… they’re awful.

Personally, I hope they keep tanking, get the No. 1 pick and land either Jabari Parker or Andrew Wiggins so they finally have an actual franchise player for once. And then we can put all of this crappiness behind us and go back to 1980s Milwaukee Bucks glory! Sikma!

The Bucks were playing the Golden State Warriors on Tuesday. Predictably, they got blown out — 101-80. It somewhat makes sense that Rodgers would want to see Golden State, since he’s a NorCal boy. However, he’s also stated that he’s a Bucks fan before.

Anyway, whatever. While he was at the Bradley Center, Rodgers chatted with Warriors guard Steph Curry, hung out with coach Mark Jackson (old school!) and got put on the Jumbotron Flex Cam, so he did some flexing. 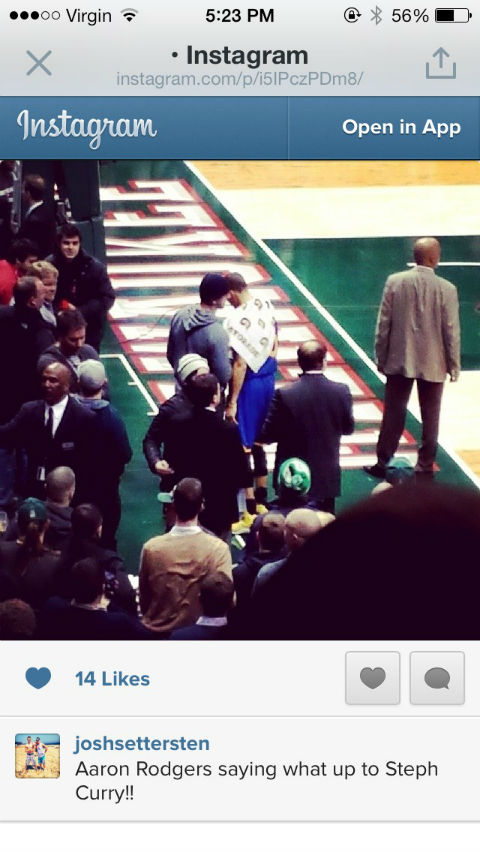 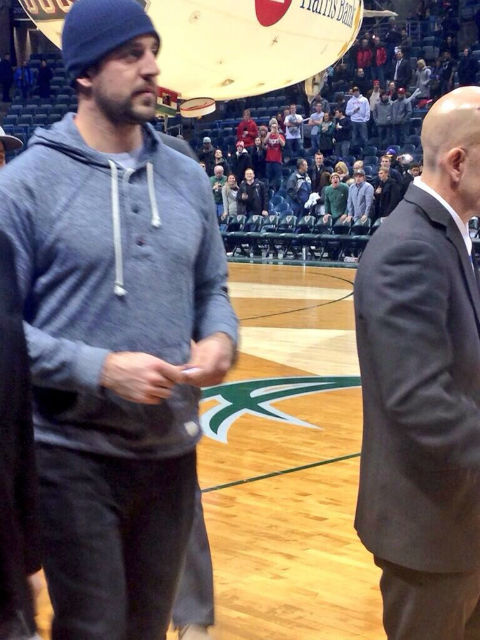 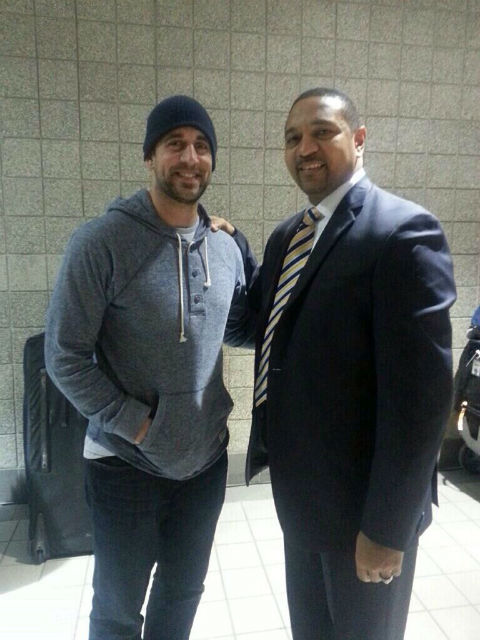 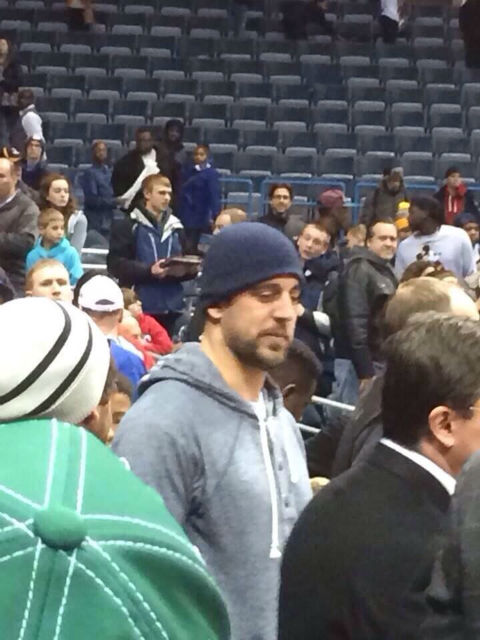 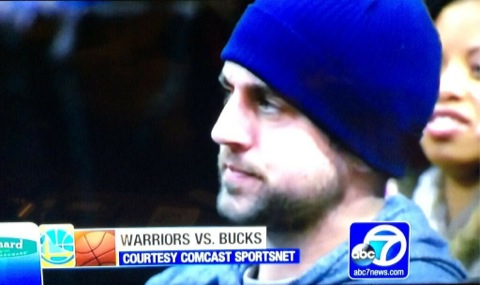 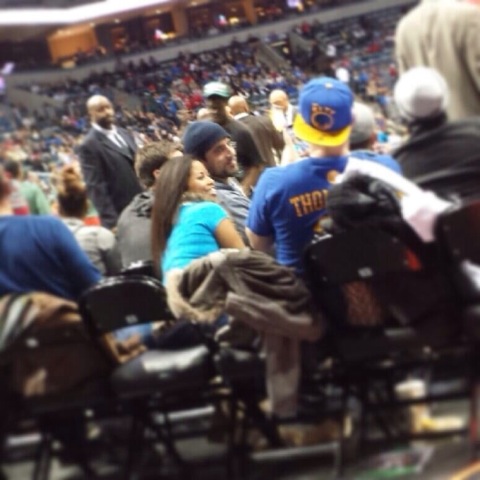 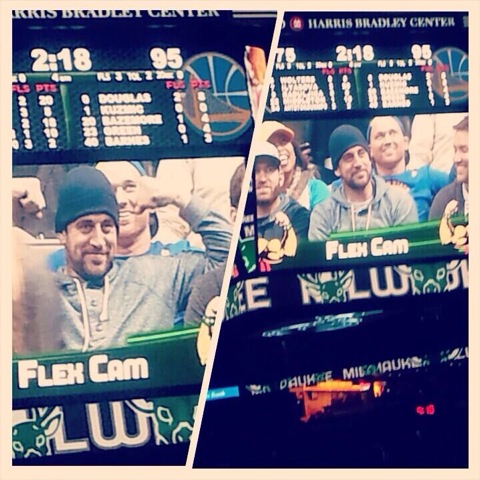 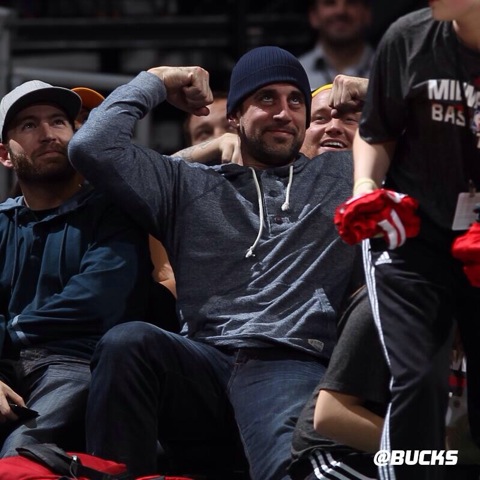