by Monty McMahon
in Uncategorized
45 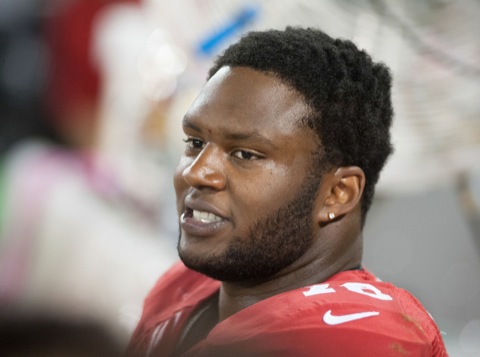 San Francisco 49ers tackle Anthony Davis is not a fan of Green Bay or Appleton.

Davis referred to one or both of those places as a shithole last night on Twitter. Also, for some reason, the Nature Boy Ric Flair, who’s about 80 now, showed up to talk to the 49ers last night.

We throw Appleton into the mix because the 49ers stayed there last night. We’re guessing Davis is probably referring to the whole area, though.

Davis, being the royal piece of shit he is, has since removed the tweet. You know, now it’s like it never happened.

Anyway, if you’re like me, you’re probably thinking who the fuck is Anthony Davis anyway? Well, I had to look it up, so that should tell you something about Anthony Davis.

So, a mediocre offensive lineman that no one knows, who is from a garbage dump and in love with an 80-year-old wrestler, isn’t fond of Green Bay and he isn’t apologizing.

Tony probably has a little title envy because, as you might expect, he’s never won shit. Please feel free to point that out to him on Twitter.