Let’s All Revel in the Detroit Lions’ Misery 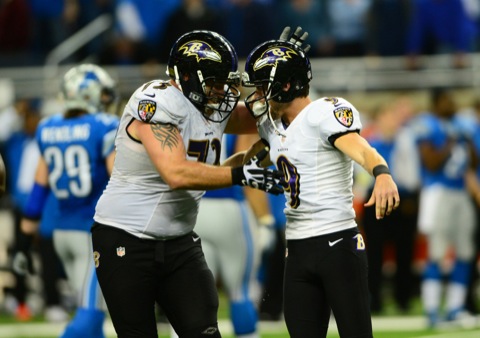 The Detroit Lions are the Detroit Lions. Thus, they do things like they did on Monday night — piss away the NFC North lead with a last-second loss at home to the Baltimore Ravens.

Currently, the Chicago Bears lead the division, but the Green Bay Packers are just a half game back. The Packers will take the division if they win their final two games because their last game is at Chicago.

So, good luck with that!

Now, how about some reaction from the Twitterverse?

Just What We Needed! Don't Count Us Out! #GoPackGo

I've played on teams that lost some games that really hurt! This was one of my toughest defeats as a diehard fan. #NewEmotions

Retiring as a @DetroitLionsNFL fan after 26 years. Will be auditioning @MiamiDolphins and @seattleseahawks next week to become a new fan.

And… I think it’s time to roll out the Denny Green clip.

Previous Article
Is Eddie Lacy the Rookie of the Year?
Next Article
This Guy Wants to Trade Aaron Rodgers