Here Are Two Drunk Chicago Bears Fans in a Foot Race and… FAIL! 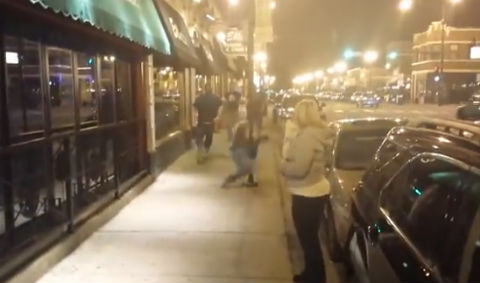 Might as well start the day off with this. The Green Bay Packers are no good right now, but neither is anyone else in the NFC North, including the Chicago Bears.

Seriously, Sam Bradford wasn’t playing and I don’t even know who St. Louis trots out there these days, so I just put your grandmother in the starting lineup because it’s pretty much the same thing. And she trounced the Bears.

Anyway, these two bros were predictably shitfaced after that game and, well, we should have a foot race! Because my speed is clearly superior to your speed and that matters because… it just does!

And I will prove it!

This turns out about as spectacularly as you might expect and for that, we thank you Chicago Bears bros.

Previous Article
Ryan Pickett Says the Packers Can Win the Super Bowl
Next Article
So Vikings Corner A.J. Jefferson Did This After the Game