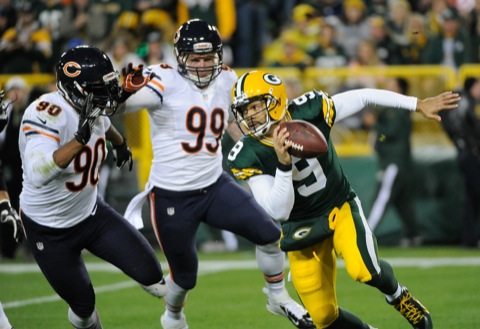 We knew the Green Bay Packers had to make a move in order to sign quarterback Matt Flynn. We predicted that move would either be to cut backup Seneca Wallace or put him on injured reserve.

It was the latter.

Wallace suffered a groin injury in Sunday’s loss to the Philadelphia Eagles. He left after the first series and Scott Tolzien came on in relief.

While a groin injury isn’t usually season-ending, it was convenient for the Packers.

Coach Mike McCarthy named Tolzien this week’s starter before even evaluating Wallace, so obviously the Packers had no plan to go with the veteran backup moving forward.

Tolzien threw for 280 yards, a touchdown and two picks against the Eagles. Despite those two miscues, McCarthy raved about his performance after the game.

And what the hell? He did play pretty well for a guy who got next to no practice reps during the week.

Unfortunately, that didn’t translate to a victory. Tolzien should be more prepared to face the Giants this week, though.

The Packers will have Flynn behind him for insurance. That’s probably about as well as they can do as long as Aaron Rodgers remains sidelined.