Packers Get Thinner at Corner with Micah Hyde Out 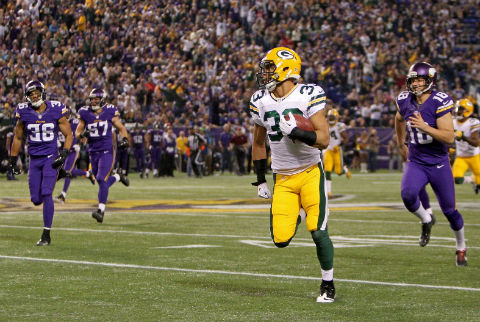 For the Green Bay Packers, the injuries continue to mount. Cornerback Micah Hyde sat out Thursday’s practice with a groin injury, leaving the beleaguered secondary about as thin as it can get.

If the Packers go into their game with the Vikings this week with all of those guys sidelined, it’s going to be pretty interesting.

The Packers nickel package would consist of Tramon Williams, Davon House and Jarrett Bush. If one of those guys were to go down during the game, the Packers would have to get creative.

Hyde’s injury complicates the return game as well because he handles both kickoffs and punts. While Johnathan Franklin can certainly take over kick return duties — he started the year in that role — it’s uncertain who would handle punts.

The only other guys who’ve worked in that role in a game this season are Jeremy Ross, who was cut, and Randall Cobb, who’s on injured reserve.

That could mean the Packers may have risk exposing No. 1 receiver Jordy Nelson on punt returns.

As for the rest of the injury report, these guys didn’t practice on Thursday either — Nick Perry, Don Barclay, Johnny Jolly and Aaron Rodgers.

Vikings Are Either Ruining Seasons or Making a Playoff Push

Vikings Are Either Ruining Seasons or Making a Playoff Push