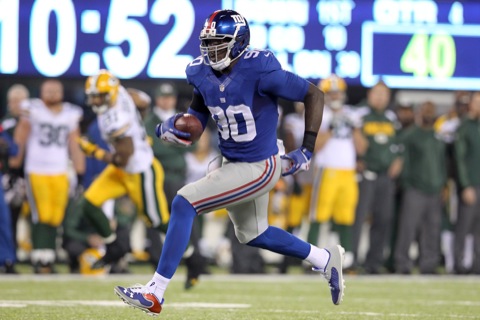 The problem with the play, other than it more or less put the final nail in the Packers’ coffin, was we’ve seen it before. And it had the exact same result. Seneca Wallace tried to execute the play in the Packers’ loss to Chicago and defensive end Julius Peppers jumped up and made the interception.

Well, we knew the play and apparently, so does everyone else at this point.

Pierre-Paul said he knew what was coming before the snap, according to Wes Hodkiewicz.

Interesting from Jason Pierre-Paul on Pick-6: Honestly, I called it before it even happened in the huddle, and sure enough that was the play

JPP: I read the formation, the tight end, how he was set and I caught the ball.

So, like we said yesterday, maybe don’t run that idiotic play anymore. The cat’s out of the bag.

After the game, coach Mike McCarthy didn’t address the play specifically, but did go into a diatribe about how the coaches didn’t do a very good job in the loss, himself included.

Maybe that’s just a way to deflect some of the criticism from Tolzien and his three picks or the crappy defense that can’t cover or tackle anyone.

I think it’s fair to say the Packers got outcoached by the Giants just like they seem to do every time they face them. It happened in an embarrassing blowout loss last season where the Packers looked totally disinterested. It happened in the playoffs the year before. The Packers blew through the 2011 season at 15-1, only to lose their first playoff game, which was at home no less. They weren’t even in that game in the second half. It also happened in Brett Favre’s last game win the Packers, the 2007 NFC Championship. The Packers were rolling, they were playing at home and, you know.

Mike McCarthy, somehow, just can’t match wits with Tom Coughlin and the stupid decision to run the pick six play is emblematic of that.