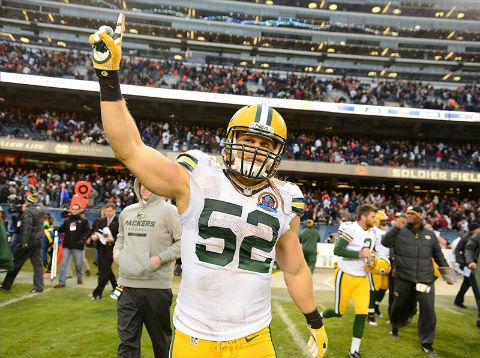 Clay Matthews returned from a broken thumb last week against Philadelphia. Unfortunately, he was totally ineffective because he was playing with a huge club on his right hand.

That limited Matthews’ ability to get off blockers, to tackle and pretty much everything else. It sounds like that won’t be an issue this week.

Matthews has ditched the club and is now only wearing a brace to protect his thumb. More importantly, he can now use both of his hands.

“Based on the doctor’s report, he’s able to now, I don’t even know what the term is,” coach Mike McCarthy said. “I think this is a normal path. It starts to decrease each week.”

Matthews had just three tackles in the Green Bay Packers loss to Philadelphia and wasn’t the usual pass rushing force he was before he sustained the injury six weeks ago.

The injury apparently is fully healed now, so hopefully Matthews can return to form this week. The Packers surely could use a spark on their defense.