Brett Favre was on TODAY [Video] 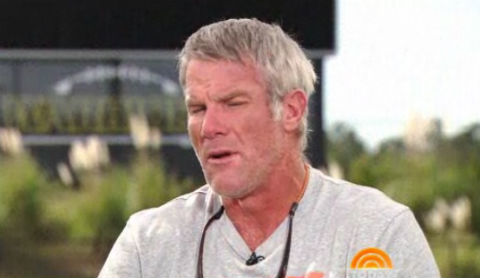 He’s also talking about how he doesn’t remember stuff, which is probably because of all the hits he took playing football. At least that’s what they’re getting at in the interview. Favre goes on to say how, if he had a son, he’d be hesitant to let him play football.

“I would have a hard time just throwing him out there,” Favre said.

“My initial reaction was you’ve got to be kidding me. Pro football? Bullying? We’re playing the toughest sport, the most violent, not to mention you’re men, some older than others, so it’s not like a little 12-year-old on a playground.”

You can check out Favre in all of his old man glory right here.