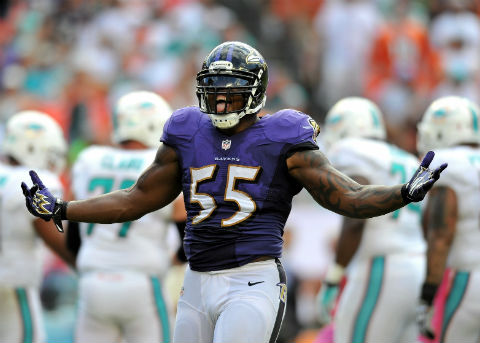 Shawn: This is a tough pick this week. I don’t think the Green Bay Packers or the Baltimore Ravens have really made a definitive statement on whether they are going to be contenders again this season. This week could go a long ways to showing which team is for real.

For all the abuse Ravens GM Ozzie Newsome took during the offseason, his approach to the “year after syndrome” may end up being revolutionary. The key to maintaining a championship level may not be keeping the same team together, who inevitably return less hungry and underacheive, but rather to keep a couple key pieces and blow up the rest. It certainly is much easier to convince the locker room that the prior year doesn’t mean anything because “this is a different team” if it also happens to be true for the majority.

Results this season have been mixed. They have somewhat embarrassing losses to Denver and the Bills to go with close wins over the Browns and Dolphins and a dominant win over Houston. They have scored 23 points a game while allowing 22. Offensively and defensively they rank near the middle of the league.

The Ravens have won 13 straight games at home against the NFC. They are tough for anyone to beat at home, and they have one of the best coaching staffs in the league, which makes it especially difficult for NFC teams that rarely see them. The Packers haven’t played in Baltimore since a 2005 Monday night beatdown — 48-3, administered by the Ravens.

That was actually the first game that Aaron Rodgers saw a lot of action — thrown to the wolves after Brett Favre had had enough. He predictably struggled, leading a lot of fools to believe he would never be the answer as Favre’s successor.

The Ravens are healthier than they’ve been since week one, and ultimately that may make the difference in the game. The Ravens’ offense looked like a different unit for the half they had Jacoby Jones on the field, and he will finally be back this week. The Ravens have also upgraded their offensive line by filching Eugene Monroe from the Ashwaubenon, I mean, Jacksonville Jaguars. With Monroe on one side and Michael Oher on the other, the Ravens have the bookends to neutralize a Packers pass rush without its best player.

The Ravens also have the number one weapon you need against the Packers offense. They have a star pass rusher that they can bring off of either end. Terrell Suggs has seven sacks already and will present the biggest challenge for David Bakhtiari and Don Barclay that they’ve faced this season. The Ravens are most vulnerable in the middle of their defense, but Rodgers has shown a reluctance to exploit teams there.

I believe the Packers can have some success on the ground, which will take some of the pressure off of Rodgers, but when you run the ball, you still have to convert third downs. I see that as a continued potential problem.

The Packers are a three-point favorite in most betting lines. I have even seen some Baltimore media pundits picking the Packers. Given that, logic would suggest that a Packers fan should be taking the Packers. However, I don’t see what they see. I think the sack and turnover battle decides the game, and I doubt the Packers win either.

Whether he’s worth his contract or not, Joe Flacco is a capable quarterback if he is given a comfortable pocket to work from. I believe Flacco will be far more comfortable in this game than Rodgers will be, and that will be the main difference in the game. The Packers could make a big statement by beating the defending champions in their own stadium, something no NFC team has done in six years, but I don’t see it. I see the same 2-3 start that the team had last year.

Monty: I’m not sold on the Baltimore Ravens. They haven’t really done anything impressive this season and Little Joey Flacco is no sort of elite quarterback, even though the Ravens would like you to believe he is.

That being said, the Ravens are playing at home and while I think the Packers are the better team, I don’t think they’re going to be better on this day.

The Packers are young, like they always are. Young teams take time to gel. Playing on the road against the defending Super Bowl champs is tough. Hell, any road game is tough.

Baltimore also has a better coaching staff. They can actually make in-game adjustments, unlike Buffoon and Co.

Aaron Rodgers will probably keep the Packers in this game. I also expect a heavy dose of Eddie Lacy. However, I think Terrell Suggs is going to dominate the Packers young tackles. I think Ray Rice is going to run over, around and through a Clay Matthews-less defense.

And Little Joey Flacco will not have to be elite at all.

The Packers started 2-3 last year and, it seems like every year under Mike McCarthy. Why would this year be any different?